The Muncie Sports Commission will attract, and host State, Regional and National level sporting events. These events bring visitors to town that fill up our hotels, restaurants, and attractions and help to showcase Muncie & Delaware County as a great sports destination and community.

The Muncie Sports Commission creates and supports programs for children and places specific emphasis on underserved youth. Through our initiatives, it is our goal to provide and support quality programs for ALL Delaware County youth. 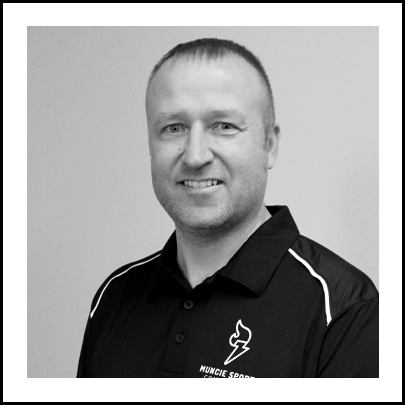 Anderson’s time with the Muncie Sports Commission dates back to 2002-2009 when he worked as Sports Sales & Service Manager at the Muncie Visitors Bureau and Program Director of the Muncie Sportsplex.  After leaving the position with the Visitors Bureau, Anderson became an executive for the YMCA of Muncie.  In that transition, Anderson remained involved with the sports event and tourism industry as he and a business partner started ETS Sports.  ETS Sports is a sports event production company that also has a focus on event and facility consulting.  In 2016 Anderson moved into a full-time role within ETS Sports, which included a role with the National Softball Association & Baseball Players Association (NSA/BPA)  as National Development Director.  The diversity of his involvement within the industry gives him a great perspective on how to best position the Sports Commission as he begins a new role during this rebranding and growth period.

Anderson was born and raised in Muncie, where he attended Ball State University and received a degree in Business Administration.  He and his wife Ashlee were married in 2017, sharing 4 children, and had a child of their own in 2020.